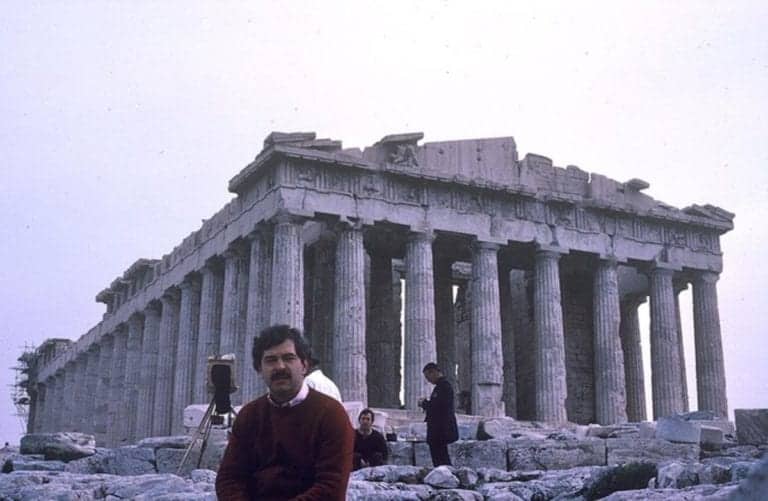 ALBANY — Former Albany resident Jay Beck is “Casting Stones” at the 1980s with his third book — the second in a historical fiction thriller trilogy — that takes an inside look at the intense battle between capitalism and communism that played out in the 1985 Greek election.

Along the way, Beck’s alter ego, Mark Young, squeezes in time for a rescue mission for an irreplaceable Greek sculpture and deals with his romantic interest back in Washington, D.C.

Young and his allies, including Maria Beckett, the resourceful and talented campaign manager for the U.S.-backed candidate, take on Russia’s Greek ambassador, Igor Andropov, the KGB, Greek’s secret police and terrorists while trying to give Democracy a deeper foothold in the region.

The result is “Casting Stones,” which mixes fact with some literary license to give a realistic depiction of events in 1985 while keeping the reader engaged with the characters, many of whom are based on real-life people that Vietnam War veteran Beck knew while he worked as a political consultant in Greece during the time. The novel will be released this month and will be available on Amazon and Barnes & Nobel, he said.

“I took the stories of the real things that happened in that campaign and stayed true to the facts of what went on and a lot of the people who were involved in it,” Beck said in a recent phone interview. “But I jazzed everything up a lot to make it more interesting as a novel.”

The novel takes place at a time when the U.S. and Soviet Union were going toe-to-toe throughout the world in an effort to see which political system would prevail.

“It was a time in the mid-‘80s and it was the start of some of the terrorism we’re seeing now,” Beck said. “A lot of that really took off in the mid-‘80s. The Arabs were just starting — mostly in opposition to Israel — to do things. They started trying to make their mark in the world by blowing things up. They were starting to do that stuff, and some of it was happening in Greece.”