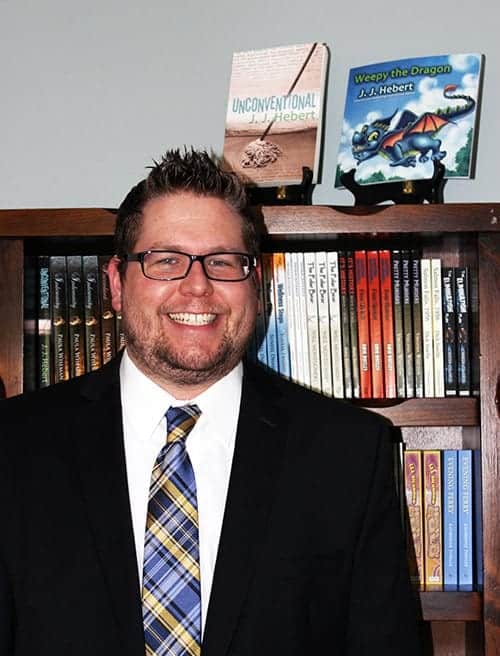 Portsmouth-based author J.J. Hebert decided to start his own consulting and independent publishing business after learning from the experience of publishing his first book.

Working with an editor in the Lakes Region on his drafts for “Unconventional,” an inspirational novel with Christian themes, Hebert landed an agent and attempted the conventional publishing path. The book was shopped around to different publishers, but he found their guidelines for the genre were too stringent, and settled on self-publishing as the best route.

He found a printer with a facility in Pennsylvania and started marketing the book online, mainly through social media and paid online ads. “Unconventional” sold over 100,000 copies and was listed on Amazon’s Best Sellers List.

That was in 2009, and Hebert’s national self-publishing business, MindStir Media, was born.

“The way it unfolded was rather organic,” says Hebert. “I was contacted by many authors; they saw the success of my book, and I was just flooded with requests to see if I could help other others replicate that success. It got to the point I decided to open MindStir Media to the public.”

To expand the business, Hebert hired editors and illustrators he personally vetted.

“Once I became a best-selling author, once my name was out there, the doors did kind of open. And it was interesting how one person led to another who led to another,” says Hebert. “I did have some writer friends who put me in touch with editors of their own and I was able to work out deals so they would do some freelancing for us.”

From 2009 to 2012, MindStir Media experienced significant growth, says Hebert. It has published 400 titles to date in nearly every genre and is working on 60 to 80 titles at a time, focusing on hardcover and softcover print copies as well as an e-book counterpart.

Read the rest of the article…