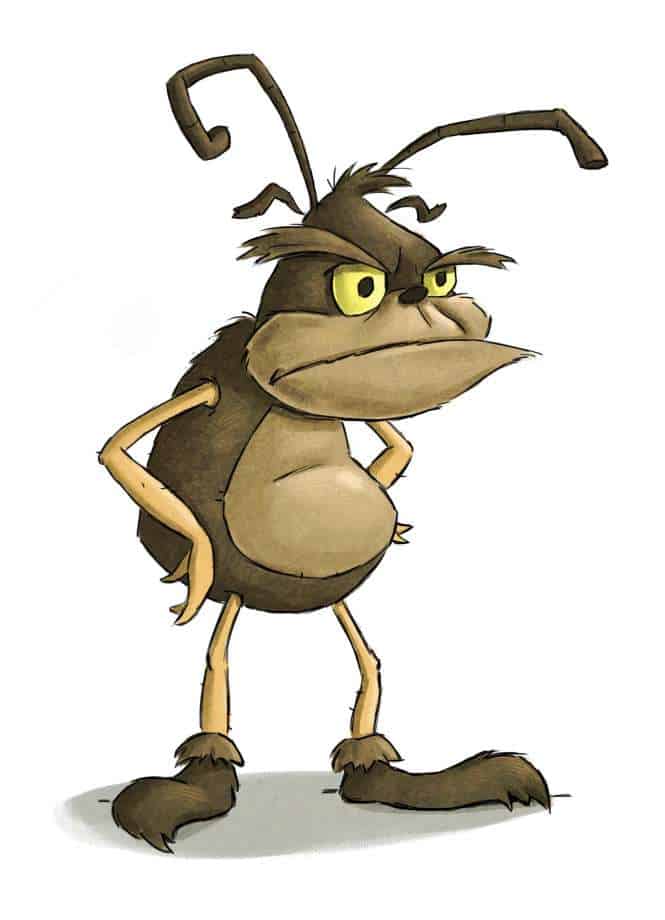 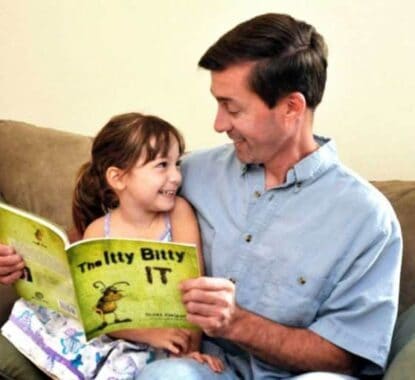 Newtown resident Scott Ferguson, 48, is a person who appreciates good manners in people of all ages — and that includes children.

A single parent who earned a degree in plant and soil science from the University of Massachusetts, Ferguson markets John Deere equipment to golf courses. But of late, he is also an author. His first book, “The Itty Bitty It,” was published last month.

His colorful, 11-page paperback has nothing to do with his college major. Instead, using a misbehaving buglike character named “It,” he focuses on teaching children what good manners are.

In part it was written as a way for his daughter, Emilee, 4, to learn manners.

Ferguson’s approach reflects how he was raised. One of four sons raised in an Italian family by his mom, also a single parent, “we were expected to be polite,” he said, “If not, you were sent to your room until you were ready to come out and act respectfully.”

He doesn’t send Emilee to her room, however. She is a bright, very happy child who, when asked what being polite means, answered, “Being nice.”

Read the rest of the interview and article https://www.newstimes.com/news/article/It-s-cool-to-mind-your-manners-3868213.php#photo-3445372

Q: Why did you decide to turn what you had written into a book?

A: I would read the manuscript to Emilee. Sometimes she would even ask me to read it to her. She kept asking, Daddy, where are the pictures?

Emilee was right. If kids have someone, a character of some sort, it’s easier to relate to that behavior. I thought that once it was illustrated, it might become a publishable book.

Q: How did you find an illustrator?

A: I surfed the Internet looking for a publisher. I found Mindstir Media, a self-publishing company, which promised to edit and publish the book in 90 days.

Q: How did you choose the title?

A: It just happened. I didn’t have a name for the character. It was a substitute word for a character that became permanent.

Q: Will you be writing another book, say about table manners?

A: The book is an introduction to It, the character, who is an itty bitty example of what are not good manners. I would like to continue with other themes. There are places kids act up where they shouldn’t, like parks, malls, restaurant and dinner tables.