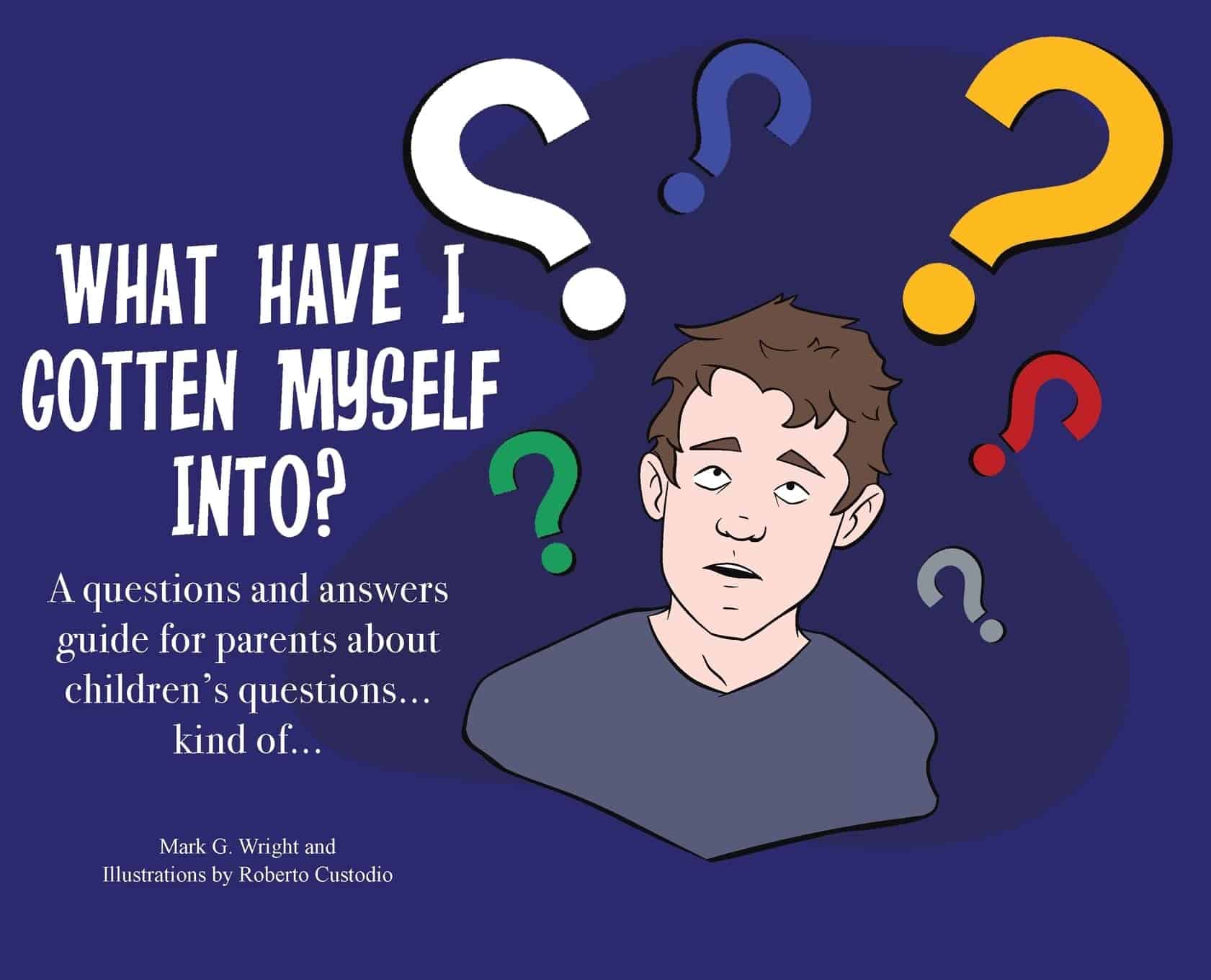 What Have I Gotten Myself Into

Questions and answers guide for parents - about children's questions... kind of...

Awakening in a haze of confusion one night a few weeks before the birth of his first son, Mark leaned over to his wife and said, “I’m not quite sure it’s a good idea that we are having a kid, are you?”

It was then his mind began to spin uncontrollably about all of the things he didn’t know how to explain… and, if he couldn’t explain things as basic as wind, television and gasoline pump shut-off valves, how in the hell was he going to be able to answer questions in a way that would not irreversibly damage a moldable mind during critical childhood development years.

He immediately began to formulate a plan… just like when starting a new project at work. It was a plan to establish strategic guardrails to follow based on the complexity of the question(s) asked by his children.

In his writing, Mark gives some tongue & cheek “advice” to others finding themselves in a similar quandary while sharing some personal anecdotes lending to the baseless conclusions he has put down on paper to share with whomever cares to take a read and hopefully enjoy some laughs too.

Mark is a N. Little Rock, AR native who has spent the past 20+ years navigating a career in marketing and management consulting working with some of the world’s largest companies. During his career he has relocated to multiple cities and traveled domestically and internationally quite extensively.

As a pastime during the seemingly never-ending work travel, Mark began to revisit a passion from younger years and started putting his thoughts and stories from childhood on paper. Always enjoying pictures in books, he began scribbling down sketches to assist in the storytelling… He quickly realized he was no illustrator, so he recruited his brother-in-law (a very talented graphic designer and artist) to help in the effort.

Mark currently lives in Charlotte, NC with his two children, Grant (8) & Nolan (5) and his fiancé Sara. In addition to experiencing all that comes with his boys growing up, his favorite pastime is to laugh & learn while enjoying the company of both new people and lifelong friends.