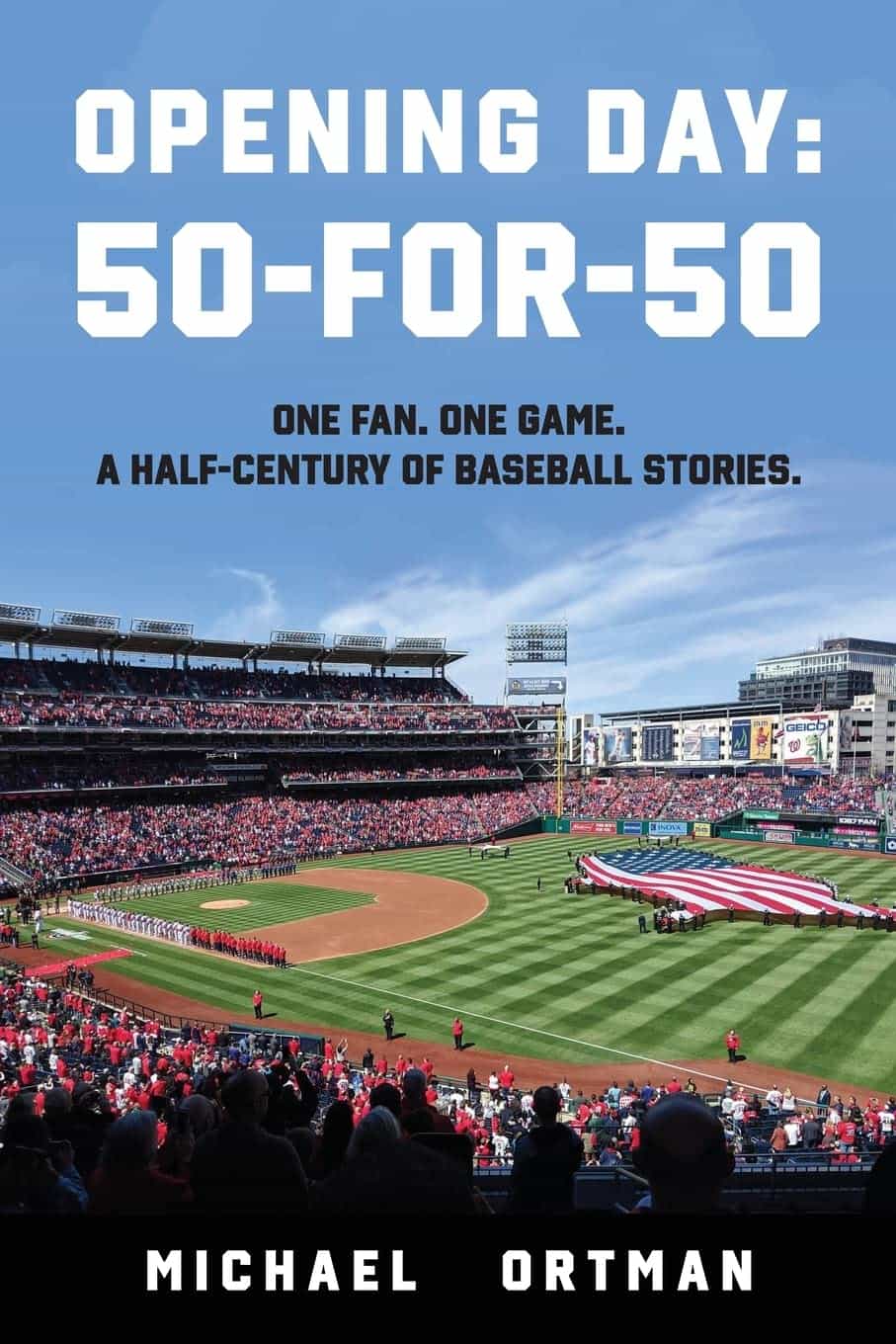 Opening Day is the biggest regular season baseball game of the year. Michael Ortman never missed it, not once, for 50 years.

Opening Day is the biggest regular season baseball game of the year. Michael Ortman never missed it, not once, for 50 years. Opening Day: 50-for-50 is a baseball tribute like no other-a well-researched work of love representing a half-century of great stories and historical context linked to each of those 50 days. This emotional journey connects three cities, six stadiums, five home teams, and four generations while overcoming life events, baseball’s labor unrest, and the 33-year absence of a hometown team.

Along the way, Ortman encountered five U.S. Presidents and more than 50 future Hall of Fame players, coaches, and broadcasters: from Reagan to Obama, Robinson to Scherzer, Weaver to Torre, Caray to Kalas and hundreds more.

Michael Ortman didn’t let go of his childhood passion for baseball while spending most of the past 40 years as a senior executive in sports, marketing, and television. A gifted storyteller, he graduated from Notre Dame where he spent less time in college classes than in college sports media circles. He and his wife Kate then assembled their winning team, not through trades, free agency, or the draft, but by birth, adoption, and marriage. Their roster now boasts 18 children, daughters-in-law, and grandchildren.

0 Ratings
Be the first to review “Opening Day: 50-For-50” Cancel reply