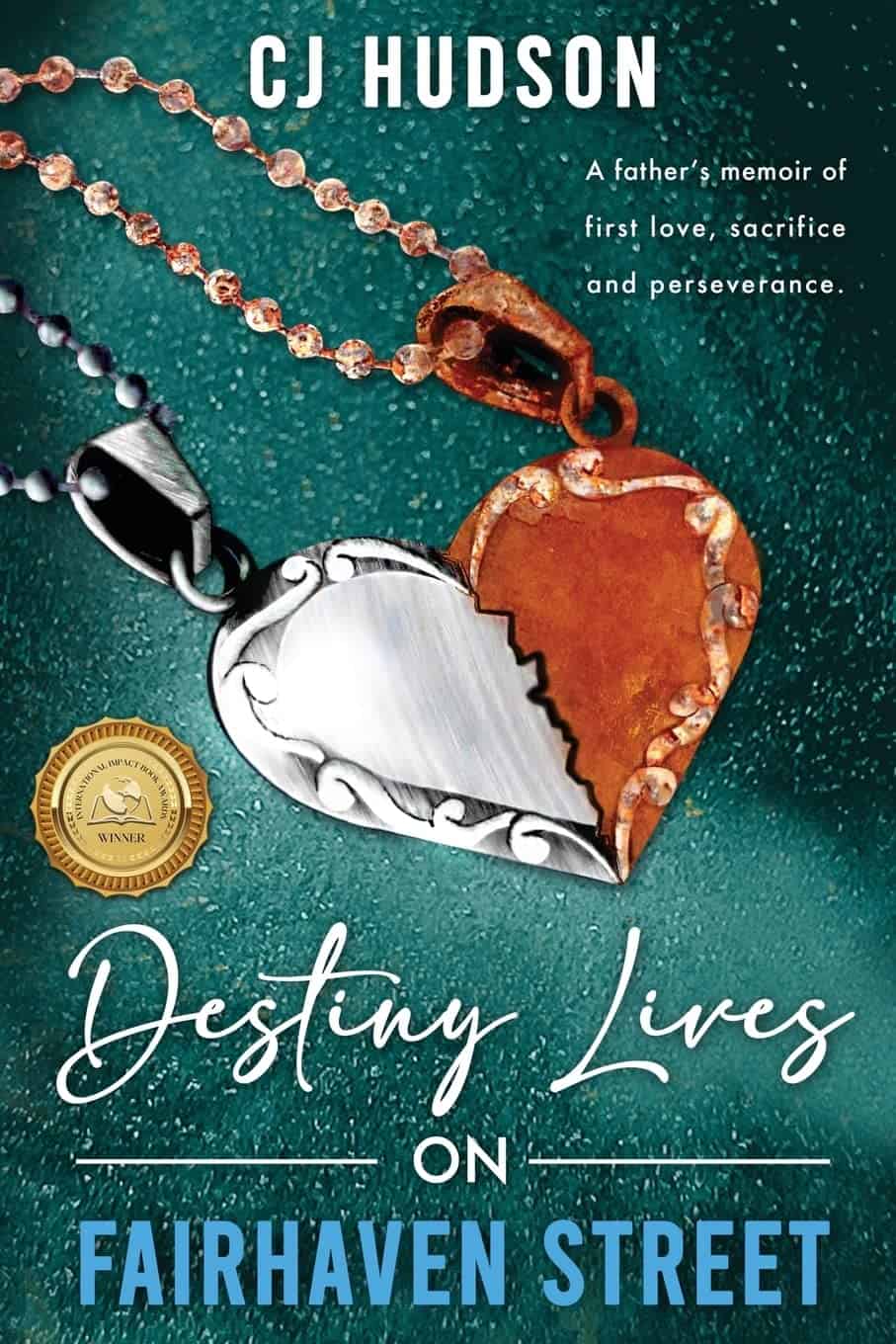 His abusive family tore him away from her. Would destiny be enough to bring him back?

At ten years old, Chris didn’t have good looks, a caring family, or a bright future. But what he did have for three years was the love of Danielle, his beautiful neighbor on Fairhaven Street who showed him a glimpse of a life he desperately wanted.

To escape his abusive father, Chris was forced to move out of state with his mother to the icy hills of Michigan. All he could leave Danielle with was half of a heart-shaped pendant and a promise that he would one day return for her. To have any chance of getting her back, he had to end over one hundred years of abuse in his family, something his family claimed he was destined to carry on. All he had to keep him going was his half of the pendant, which tarnished over the years from his refusal to take it off.

Destiny Lives on Fairhaven Street is a touching memoir from author C.J. Hudson of his eight-year journey of preparation to return to the love of his life. Written to his twin sons, his story is a testament to the power of devotion and proof that the life you’ve always wanted is possible if you never give up.

“Destiny Lives on Fairhaven Street is a captivating and motivating memoir that will push its readers to believe in three things -love, fate, and hope.” – Literary Titan

“If you only read one book this year, let it be this one” N.N. Light’s Book Heaven

“a story so powerful that even the most cynical reader will walk away thinking about the book’s themes long after the last page is read.” Onlinebookclub.com

“Hudson transcends the darkness and captures with shining clarity what it means to find and express true love.” Indiestoday.com